The opposition to online gaming could melt away as the death of Sheldon Adelson leaves the company he built with choices to make for future growth.

The death of Sheldon Adelson from cancer at the age of 87 leaves the management team at Las Vegas Sands with some choice to make about the group’s future direction.

When it was announced late last week that Adelson was leaving his post as CEO and chairman of the firm he founded, there was speculation that this could signal a sea change in the company’s attitude to online gaming.

Adelson was the most high-profile opponent of online gaming. He believed the activity would lead to greater levels of addiction.

Senatorial efforts to involve the Federal government in legislating over gaming for the first time had his name written all over them.

Now there is speculation that without him bankrolling the effort, the opposition to further sports betting and online gambling will wither and die.

Already late last week there were rumors that acting CEO Robert Goldstein had been involved in discussions about Las Vegas Sands examining options in sports betting.

These will no doubt heat up as the company seeks to take up new opportunities after Adelson’s passing.

The story doing the rounds earlier this week was that LVS might already be discussing its approach with potential partners.

Speaking to Reuters in the wake of the news, Chad Beynon at Macquarie suggested that the “strong” management team left behind at LVS was “well-positioned for the transition”.

“The new leadership of the company could open the door for future M&A given Adelson’s preference of developing assets, not acquiring.”

The first question for the LVS team is whether they remain committed to Nevada. Stories late last year suggested the company might see a Las Vegas exit and become a wholly Asian player.

LVS is a big player in the Macau and Singapore markets.

The uncertainty caused by the pandemic over the short-term trajectory of Las Vegas complicates the issue.

Also in doubt is whether the Adelson family will retain its holdings in LVS.

But the option of finally joining the sports betting race in the U.S. might be too good an opportunity for an ambitious management team to ignore.

Earlier this week, analysts at Peel Hunt in London suggested LVS’s options would include developing an in-house platform or working with a B2B partner.

But neither of these options would provide the “necessary operational expertise” if the company were to seek opportunities outside Nevada.

Indulging in a bit of blue sky M&A thinking, Jones suggested 888 would be a good fit.

“If that were the strategy, then 888 could support it with its multi-state expertise and soon, its ‘Spectate’ sports betting platform.”

If LVS teamed up with 888 either via a buyout or a partnership it would at least give the company a footing in the Wedge Index of sportsbook brand weightings. 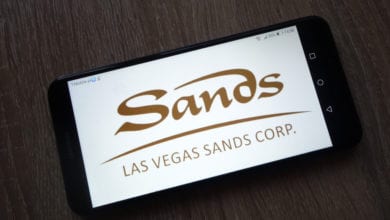 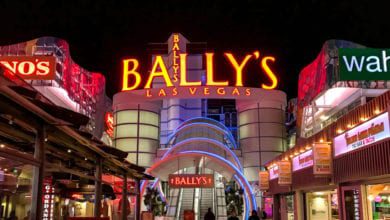 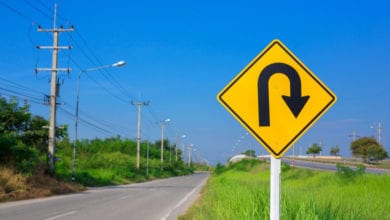