BetMGM has signed an exclusive betting partnership with The Athletic which will see the publisher develop a new betting hub.

The betting hub to be developed as part of the exclusive partnership between BetMGM and sports media company The Athletic will be a completely new content stream.

The Athletic is a serious digital media player with over 1m subscribers worldwide. It employs 400 full-time writers worldwide and contributes to more than 100 podcasts.

The two said yesterday that the deal marked only the start of the integration between the companies with further content and product innovations to come.

Evan Parker, General Manager of Content Operations at The Athletic, said there was “no better partner” than MGM for a deal such as this.

“We share a joint vision for how to seamlessly blend media, analysis and betting,” he added.

Matt Prevost, BetMGM’s Chief Revenue Officer, said it hoped it would be able to introduce the Athletic’s subscribers to the betting product.

It will include betting analysis and original reporting across its written, audio and video platforms.

BetMGM and The Athletic will also collaborate across digital and social platforms to create an immersive betting experience for sports fans.

BetMGM is one of the leading brands according to the Wedge Index ratings and as such brings the maximum points to any state tally.

It is now live in 10 states including Michigan which just launched last week.

Also plugging its new media deal was Bally’s, which this week announced details of its own partnership with the Sinclair Broadcast Group.

Bally’s and Sinclair say they will create “unrivaled sports betting and gamification content on a national scale”.

The two said they are “setting the stage for further gamification of live sports” providing audiences a “first-of-its-kind interactive viewing experience.”

It’s been a busy week for Bally’s after it announced it had acquired fantasy sports provider Monkey Knife Fight.

Bally’s remains an unknown quantity as a sports-betting brand.

The company will be hoping the media partnerships and fantasy sports M&A, alongside the market access it controls, will push it forward this year and beyond. 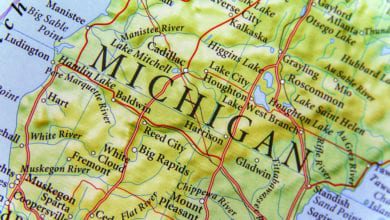